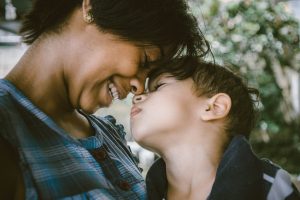 As a family and teen therapist in Washington DC, who often helps parents and teens navigate a better relationship, I’m writing to offer some impressions about how parents can go beyond just policing their teen to parenting them in a manner that feels more effective and more rewarding.  We are all afraid of the police. Let’s be honest. An almost universally-known feeling is the panic that is stricken into our hearts the moment we see a police officer perched atop a motorcycle, pointing the radar gun in our direction. Even if no law has been broken, your heart skips a beat, your palms get sweaty, and an inner voice screams your favorite expletive. The next thing that happens usually involves slamming your foot on the brakes.

Now, let’s envision a utopian world where instead of the police waiting behind bushes, ready to chase us down and charge us for our misbehavior, the opposite occurred.  The police are still hiding out behind those bushes, but instead, they are looking to “catch you” going the speed limit and stopping to give you a $100 reward.

Imagine the collective shift of behavior if this were the law. Your feelings toward the police would change, too. Instead of panic at the sight of the lights, you would feel an excitement, not unlike pulling the lever at a slot machine or spinning the Wheel of Fortune (Bankrupts and Lose-a-Turns removed!). Most importantly, you would want to drive the speed limit.

Time for the moral of this story. The police are a metaphor for parents. A parent who only punishes poor behavior without rewarding good behavior will be viewed with fear, not respect. Fear makes us do crazy things (slam on the brakes). Fear teaches very few things – avoidance and deception. If you want to be able to teach your children the right things to do, they must understand that you are not someone to be avoided and lied to. Instead of catching your children misbehaving, seek out their good behaviors and reward them for it. This will both show them that they are doing the right thing and help to build a positive relationship with you.

To be clear, there is a time and a place for discipline in the form of punishment (another topic entirely), and not every good thing a child or teen does deserves a trophy or an ice cream sundae. Rewards can be as simple as a hug, extra play time, or a kind phrase. The goal of this post was simply to encourage you to consider how much time you spend as parents “shooting your radar” at the bad behaviors instead of seeking (and rewarding) what the child is actually doing right.