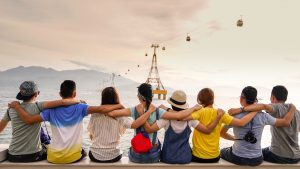 As a therapist working with adolescents and families, the topics of gender and sexual orientation come up regularly in my work. Times have changed quickly and gender is a very popular topic not only for kids, but also for our broader culture as gender roles are evolving beyond binary terms. Back in the day (actually, not very long ago), we learned that people born with female parts were girls and those born with male parts were boys. “Queer” was a slur, “trans” was not part of common lexicon, and homosexuality was listed as a mental disorder in the DSM until the 70’s. For most parents raising teens right now, you might never have talked about gender identity growing up, or thought about a “spectrum” of gender or sexuality, or in all likelihood, learned the difference between gender and sexuality.

Fast forward to 2020 and the times have really changed!  We now recognize dozens (that’s right- dozens!) of genders, and understand that gender is a socially constructed facet of identity, which is entirely separate from one’s sexual orientation. These are all terms and concepts your children are learning, and aspects of identity that they are exploring and discussing during adolescence.

This is a new and confusing territory for a lot of parents. I’ll go over a short list of important terms to know first, and then in Part 2 of this blog series I’ll discuss ways to connect with your child and support them as they explore their gender and sexual identity as part of normal development through adolescence.

Sex refers to anatomy – male, female, or intersex – assigned at birth based on reproductive organs

Gender expression refers to the spectrum of presentation from masculine to feminine (a person might identify as female but prefer to express themselves as more masculine, for example by dressing in what is traditionally seen as men’s clothing)

Queer was once a derogotory term but has been reclaimed as an inclusive term describing people who do not identify as cis or straight (trans, nonbinary, and lgbt)

They/Them/Theirs are gender neutral pronouns, preferred by many people who are gender non-binary